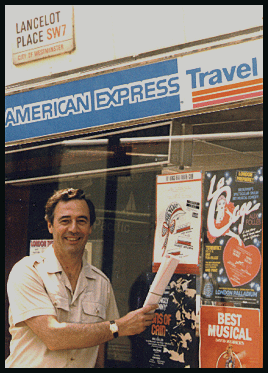 HERBERT APPLEMAN studied at Harvard (BA), Columbia (MA), and the Yale School of Drama. He was a professor of English & Theater at Oakland University in Michigan for 10 years.

A man of varied talents, he won an Emmy Award for “…And Suddenly You’re Alone”, a documentary; an American Musical Theatre Festival Award for the book and score of Heyday, a musical; and an American Playwrights Theater Award for A Perfect Gentleman, a comedy; and was nominated for a 2006 Olivier Award for Dauntless Dick Deadeye, his new version of HMS Pinafore.

Herb and Heyday in London